Some advice is better than others, to be sure. Day 31’s prompt asks our authors about the best advice they’ve received so far in their publishing careers. This contest is the opportunity for our author participants to challenge themselves to post on their blogs for the 35 days in a row. Thanks so much to all who are READING our blog posts! 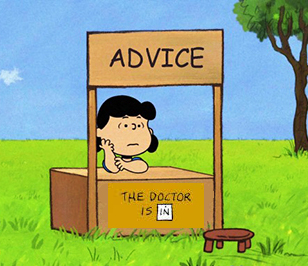 Each day, we have a prompt upon which the authors may base their blogs – or they may opt to write on the topics of their choice.

What is the single best piece of advice you’ve ever received about the publishing process and/or what advice would you offer to a first-time author?

READERS, be sure to check out our PARTICIPANTS page to see the list of bloggers who are taking part in the challenge, and READ THEM! Then, if you like what you read, be sure to share the posts on your social media networks so our bloggers get the best exposure possible.

If you’re just learning about the Challenge for the very first time, don’t let the late hour

deter you from joining! Fill out the REGISTRATION FORM, read the Guidelines, and begin blogging away! You’ll qualify for the contest to win a $50 gift card to the bookstore of your choice IF you back-post for all the days you’ve missed so far AND add your name to the MisterLinky for each date. Details will be sent via email upon your registration.

We’ll check in nightly for a recap of the day’s best blog entries.

To getting the best feedback possible!

using was: “What do you wish you’d known before you began writing your book? Would you still have proceeded if you’d known then what you know now?”

Today’s prompt about advice seemed to bring out from a few participants some of the answer to the unasked question about what authors wished they’d known. Funny thing is that I learned years ago that most people don’t want advice from their friends and family; they want support. So other than with clients who are paying me as a consultant, unless someone asks for my opinion, I make it a personal policy not to give advice. And yet here I am with a blog that’s chock-full of book marketing advice. And facilitating a blog challenge where all we’re doing is giving advice and feedback. I suppose the differentiation between business and personal life is pretty important.

Read on for excerpts from the participants’ descriptions of the best advice they’ve ever given/received about publishing a book.

JENNI PARRY. One [of my friends who has published a book] had to be ever resourceful when their financial institution crashed 30 days prior to the huge book run they had in progress was due the very large final payment – they sold their cars and got their minds out of lack and into abundance pretty quick. The gift this story gives me is that there is more than one way to get my dream into the realms of reality. Think outside the box.

TIA BACH. Summer is my favorite time of year. Time to enjoy my kids (most days!), soak in some sun, visit friends and family, appreciate slower schedules, and take time to smell the roses. How the summer months got their names: June is named after the Roman goddess Juno, wife of Jupiter; Marc Antony named July after Julius Caesar; and August is named after Caesar’s nephew, Augustus. So Rome can be thanked for influencing our summer months.

LORI CARTER BONN. I watched the news, and saw a video of a bus monitor being verbally abused by a bunch of sissy boys, I mean 7th graders.  Apparently the video has gone viral on YouTube and I’m glad to see others are horrified by such conduct! To the point where people have raised over a half million $ to send this poor 65-year-old woman on her dream vacation.  Now there’s a blessing in disguise!

DOUG TURNBULL. Musgrave Station was the only settlement named for an astronaut.  The stations were traditionally named after astronomers or space scientists, usually ones who had some special interest in Mars, whereas the areographical features were named for astronauts.  Located inside a cave in Musgrave Ridge, the station was named for a 20th-century astronaut famous as a member of the team that had saved the Hubble Space Telescope.  Because Hubble was the most important astronomical instrument of its time, Musgrave got credit as both an astronomer and an astronaut.  For these reasons, the station and the ridge on which it was located had the same name.

DEE ANKARY. You can have a business that runs itself without you, and in fact, make money in your sleep.  It happens every time I sell one more copy of my latest Kindle book, or someone clicks through to purchase from an affiliate link on one of my websites. The total newbie stumbling on to a small fortune overnight might also be true. Unlikely, but possible. The internet is not really an ATM machine. I’ll tell you what it is. It is a massive, marketing opportunity full of potential.

• Two people who fall out over something usually find they are in agreement. As in, they both dislike the same thing but only see it in the other person.
• When you insult someone you are projecting your fears about yourself onto them.
• You cannot order a large bun without trying not to say large bum.
• Normal people are the people you don’t know very well.
• Anyone who describes themselves as an individual is EXACTLY the same as all the other individuals you have ever met.

LIBERTY MONTANO. The boy finally learned how to ride his bike. I figured out how to publish the book in CreateSpace. The hubster finished his first round of edits. And the girl child is looking into colleges.

My name is Little Bear Moonwalker and I’m really honored that Dusty and Cooper have given me this opportunity to guest blog on Beyond the Wet Nose. You’re probably wondering about my name.  I’m a chow/shepherd mix, so you can see where the Little Bear part comes from, but what about Moonwalker?  That’s kind of a funny story. I’m almost 16 years old, which is pretty darn old in dog years. I can’t bark so well anymore. Some days my arthritis acts up a bit and it’s hard to walk on the bare floors. I’m fairly certain that wood floors and linoleum were invented by cats, despite Sam’s talk of peace. Anyway, on those days I try to stay on the carpet as much as possible but sooner or later I have to cross the dreaded kitchen floor to go outside. I learned that if I sort of ease my way backwards across the floor, I’m less likely to slip. My family calls it Moonwalking.

ROBERT CHAZZ CHUTE. My Top 20 Best (Worst?) Advice for Authors. #1. Be weird. Draw outside the lines. Live larger. Be different. If you can’t dare to be a little strange, or stranger, you sound too much like everyone else and there’s quite enough of that. Does your book’s title sound like all the other titles in its genre? Yes? You’re already boring me, mate, and I say that with love. Be three times more daring and ten times more clever.

I love this post! It’s probably my favorite [that I’ve read] of the whole challenge thus far. I think every author should READ IT for some great inspiration.

SARAH BENSON. Customer Reviews … can either be frightening as all get out, or an exciting challenge to approach and conquer. The way you handle customers, the degree of enjoyment customers get from your product/book [is what] gets reviewed. Most of the programs that I have looked at have a star-rating system (1-5 stars, 5 being the most, 1 being the least) and a comment section to explain that rating.

Thanks to all who posted!

The Author Blog Challenge is hosted by Laura Orsini and her alter ego, Marcie Brock, of the Marcie Brock – Book Marketing Maven blog. Please visit Marcie’s blog for loads of great info about low- to no-cost methods of marketing for self-publishing authors.

Where we are in the world!